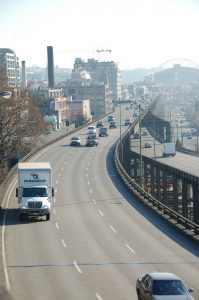 The risk of impaired driving with alcohol in combination with marijuana is greater than the risk of driving under the influence of either substance by itself. From 2008–2016, 44 percent of fatal crashes involving drivers testing positive for substances were drivers that tested positive for both alcohol and one or more other drugs. The most common drug drivers combined with alcohol was marijuana. Deaths involving drivers with multiple substances in their systems have been increasing at a rate of about 15 percent per year since 2012.

Researchers disagree about the specific risks posed by marijuana use in drivers, but recent surveys have shown that the crash rate nearly doubles for drivers under the influence of solely marijuana, especially within the first two or three hours of using the drug. Marijuana use significantly impairs judgment, slows reaction time, impairs motor coordination, distorts perception, and causes drowsiness. The Washington Traffic Safety Commission found that marijuana use also linked to other risky driving behaviors. One out of three marijuana-only drivers who were involved in accidents were speeding and had a high rate of distraction. Additionally, the study found that persons who drive within three hours of marijuana use are significantly more likely to drink and drive (14.5 %) and not always wear a seatbelt (15.2 %).

In the event that you or a loved one has suffered an injury in a car accident involving a driver under the influence of marijuana, it is important that you understand your legal rights. The experienced personal injury lawyers at Kraft Davies Olsson are available to consult with you regarding your entitlement to damages and compensation for medical bills, lost wages, and pain and suffering. Please call us at (206) 624-8844 or contact us through this website.